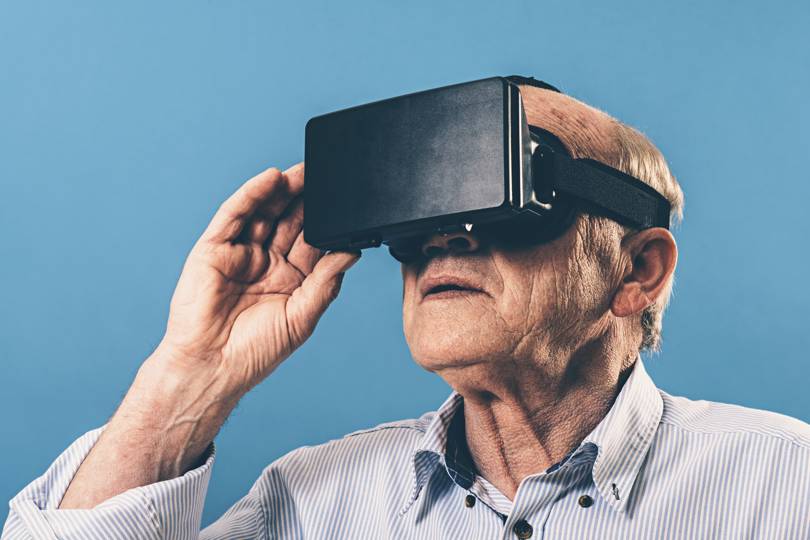 Through caring for my grandmother for the last two years of her life, I experienced the toll of dementia firsthand. A brilliant art history academic, with an enviably lightning-quick and encyclopedic knowledge recall, it wasn’t age that caused her pin-sharp brain to finally stumble and lose its love of life. The disease took hold gradually, with just small signals of confusion and memory loss to begin with – such as getting lost on her 50m walk home from the bus stop. But it became more brutal as time went on – she no longer knew where she was and couldn’t remember that grandpa had died, and therefore had to suffer this news as if for the first time, every day. She could still have moments of absolute clarity, but gradually those moments became fewer, replaced with frustration, panic and fear, as her world closed in.

However, what did bring her respite from the battle being waged in her brain – for a few wonderful minutes at a time – were her increasingly frequent references to fragments of childhood memories. Recalling this makes me appreciate the potential of companies such as the young UK healthcare start-up, Virtue, which is applying the latest immersive technologies to the process of ‘reminiscence therapy’. While the traditional approach draws on physical visual stimulus such as photo books, or even involves substantial investment in constructing full-scale sets that recreate nostalgic scenes, Virtue has developed a new type of memory portal using virtual reality.

“It’s only now that the phone in your pocket is advanced enough and VR headsets are reducing in price that we can really democratise access to this type of impactful therapy,” Virtue’s co-founder and CTO Scott Gorman says.

Virtue’s app, LookBack VR, offers a wide variety of 360 VR content and filmic experiences which chime with the memories of the target age group of the patient – arranged by destination, theme, activity or decade. Viewers can choose from experiences ranging from spending time on Brighton beach in the 1970s, to finding themselves in a 1950s tearoom, and can create a personalised playlist or ‘itinerary for time travel’ with the help of their family or carer. Their companion can see their VR headset view on a companion app via tablet, along with a series of suggested questions to help stimulate relevant conversation about that era.

“Our vision is for LookBack VR to become a global platform that can help people with dementia anywhere,” co-founder and CEO Arfa Rehman shares. “We are starting to seek partnerships with organisations and individuals to gather content from around the world.”

The proven concept of reminiscence therapy is perhaps most strikingly seen in the Dementia Villages being developed across Europe – the most well established being Hogeweyk in the Netherlands. The first UK project of its kind is slated to open in Kent, in the South East, as soon as 2020. These complete care villages are designed as enclosed havens that provide familiar surroundings and stimulation attuned to the memories and reference points of its inhabitants. They can choose to live in a 1950s-styled house, or perhaps visit the 1970s corner shop. They can even walk to the bus stop in the street if, as in the case of my grandmother, they have a sudden irrational panic that they are going to miss the bus home. Obviously a bus never comes, but the exercise is proven to be cathartic and I for one can see how that would be the case, having failed many times to convince my distraught grandmother that she was already home.

These kind of large-scale built solutions obviously take huge investment, and can only help a very select few people. So if this kind of relief can be provided for many more people, affordably, through the democratising halo of immersive technologies then I am hopeful for a world where – until a preventative treatment is found – facing dementia will not be such a truly terrible and isolating experience.

While there are many ‘smart home’ offerings being developed that aim to support the care experience; from food clocks to stimulate people with dementia to remember to eat, when they lose the instinct to feel hungry, to personal assistants such as DRESS, a new automated system just unveiled by New York University which promises to help people retain their independence and dress themselves in the morning, with remote help from a carer. But it’s the technologies that can offer respite form the emotional effects of dementia that I find most compelling, to support both people suffering with dementia and their loved ones.

Inside the $28 Million Alzheimer’s Village Where Residents can Shop, Farm & Socialize Freely