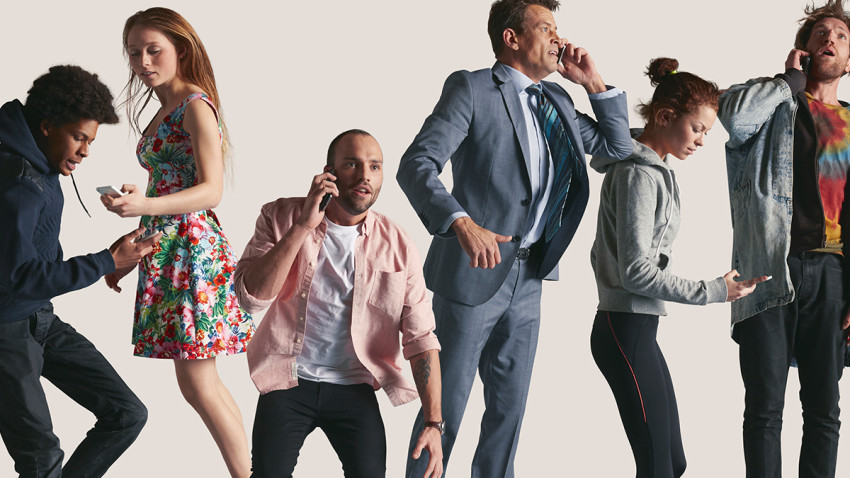 No, it’s not just you. If you’ve ever doubted that you had your boss’s full attention while her laptop is open in front of her, stop doubting.

In spite of her protests that “I’m listening, go ahead…,” she wasn’t. Decades ago, research settled the question of whether you and I can do two things at once. We can’t. But emerging research shows that even the simple presence of a cell phone — much less its glowing screen and constant beeps — interrupts our ability to connect.

The problem is that manners haven’t caught up with technology. In one online survey,my colleagues and I found that nearly 9 out of 10 people say that at least once a week, their friends or family stop paying attention to them in favor of something happening on their digital devices. And 1 in 4 say these interruptions have caused a serious rift with a friend or family member.

So, what do you do when faced with these interruptions? According to another VitalSmarts survey, not much. Only 1 in 10 people speak up to the offender, while the vast majority remain silent by either ignoring the behavior (37%), giving dirty looks or showing disapproval in other nonverbal ways (26%), or simply walking away (14%).

Too many of us are waiting for social norms to naturally evolve and catch up with a raft of novel social situations we face. But they won’t. Norms develop when a critical mass of people begin to confront those who violate them. Each time someone is called out, not only do they learn, everyone who witnesses the awkward moment takes mental notes as well: “Note to self: Answering my phone in the middle of a funeral does not make me popular.”

So how can we accelerate this necessary change, especially in the workplace? Let’s say, for example, you’re frustrated with coworkers who interrupt you to answer phone calls or texts. Or you are tired of presenting in a business meeting to people who are checking their emails.

It starts with speaking up. And though it may seem awkward and uncomfortable, our collective response to these behaviors will establish new norms of modern courtesy. Here are a few ways to begin the process:

Today’s technology allows us to quickly and effectively communicate with a large network of friends and acquaintances we would not have access to otherwise. While there are great benefits to these advancements, they should not trump social norms of respect, courtesy, and politeness — especially with those we care about most. It’s time we learned to speak up and address these interruptions and safely build mutual understanding of their appropriate use in our life.

I Tea, You Tea, We All Scream For High Tea!

The Importance of Men’s Groups in Senior Living

To Retain New Hires, Make Sure You Meet with Them in Their First Week